Val d'Isere is the older of the two towns and the skiing history dates back to the 1930s. There is a lively nightlife and it is largely regarded as one of the most upmarket ski areas in the world. In contrast, Tignes is a purpose-built resort and while it may not be particularly attractive, it offers everything a skier needs. As you may expect from an area so well known, prices can be particularly expensive, sometimes competing with central London!

Chalet Val Rogoney is a charming chalet for 6 people in the heart of the popular resort of Val d'Isere. It is ideally situated, being just 100 metres from the lifts and slopes.

Chalet Isabelle is a traditionally furnished chalet, finished in the classic Savoyard wood and timber style. There are six bedrooms in total, accommodating up to twelve guests, making this the perfect size of chalet for two to three families or a group of friends.

Near to a number of shops and services in the town. Access to the Spa "Les Bains du Montana" (avec supplément), beds made on arrival and an end of stay cleaning included in the tarrifs.

Chalet Appaloosa is the ideal chalet for a family holiday, with its 7 ensuite bedrooms, living room with fireplace, indoor jacuzzi and hammam to relax your muscles. A private shuttle will take you to the slopes each morning and back in the evening.

Chalet Davos is a stunning four bedroom property, which can accommodate up to 8 adults, plus space for two extra guests. The chalet blends traditional mountain architecture and design, whilst combining modern and antique interior furnishings, plus stone fireplaces and solid oak floors to the perfect home from home in the mountains.

Chalet Inuit is a charming 5 bedroom property which sleeps up to 12 people. The chalet fuses modern design with traditional craftsmanship and is accented by wood panelled walls and luscious sheepskin rugs throughout giving it that authentic cosy chalet feel.

In the heart of Val d'Isère, the Alpina Lodge apartments are ideally located, close to all of the shops, bars, restaurants and services in the resort centre. You can enjoy spacious, comfortable and quality accommodation with breathtaking views of the ski slopes.

Chalet Camille is a traditionally furnished chalet, finished in the classic Savoyard wood and timber style. There are eight bedrooms in total, accommodating fifteen guests very comfortably, making this the perfect size of chalet for a large group of families or friends.

Chalet Arosa is located in the Crêt quarter of the main village of Val d'Isère. This spacious chalet up to 10 person has 5 bedrooms, 5 bathrooms, a living room with fireplace, a mezzanine and an outdoor jacuzzi. This luxury south-facing chalet has been designed to provide you with all the necessary comfort for an unforgettable stay.

Introducing for 2020/2021, brand new catered chalet holidays perfectly adapted for covid times. Our backstage team will prepare your chalet and look after your every need whilst you're travelling to resort or out skiing. Chalet La Grande Sassiere is a lovely property that would make the ideal chalet for a ski holiday with family or friends, with 6 bedrooms sleeping up to 12 guests, living room with fireplace, plus a fabulous location in the brilliant resort of Val d'Isère.

Newly built for the 22/23 season, Chalet Les Sources de l'Isère is an elegant apartment which can sleep up to 14 people. It is situated in the charming village of Le Fornet and is only 200m from the piste.

Chalet Jupiter is the ideal chalet for a family holiday, with its 4 ensuite bedrooms, living room with fireplace, outdoor jacuzzi on the terrace and hammam to relax your muscles. A private shuttle will take you to the slopes each morning and back in the evening.

ATTENTION
Please select at least one board
ATTENTION
To book more than one room, please call us on
0203 475 4756
or make separate reservations on line for each room.
SIGN IN
REGISTER

Already have an account?
Create now and get ready for your perfect getaway

5%Discounton your first booking
GET STARTED
All our destinations

Booking and access to your customer account are currently under maintenance and are not available at the moment.
Please call is on +44 (0) 203 475 4756.
Please choose a region or a resort
Forfait Golf 27 trous ILLIMITE ! 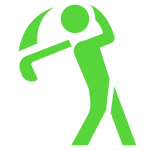 How to get your 'Unlimited 27 hole golf' pass at our special rate:

In partnership with the Moliets Golf Course, book your stay at least one month in advance in one of our villas in Moliets and buy your 7 day (consecutive) unlimited golf pass, at our special rate, and save up to -40%!

Please call us on 0845 862 6256 to find out the price for your stay dates and your pass can be added directly to your accommodation booking.

Conditions: Unlimited access to the 27 hole course (18 course + 9 hole course). Valid outside of training and competition periods. Handicap of 36 and below preferred. You'll receive your acces codes by email directly from the Moliets Golf Course following your booking.

To book this room, call us on 0203 475 4756
Exclusive Offers - Flash Sales
Promotions - News
5%Discounton your first booking
Follow us